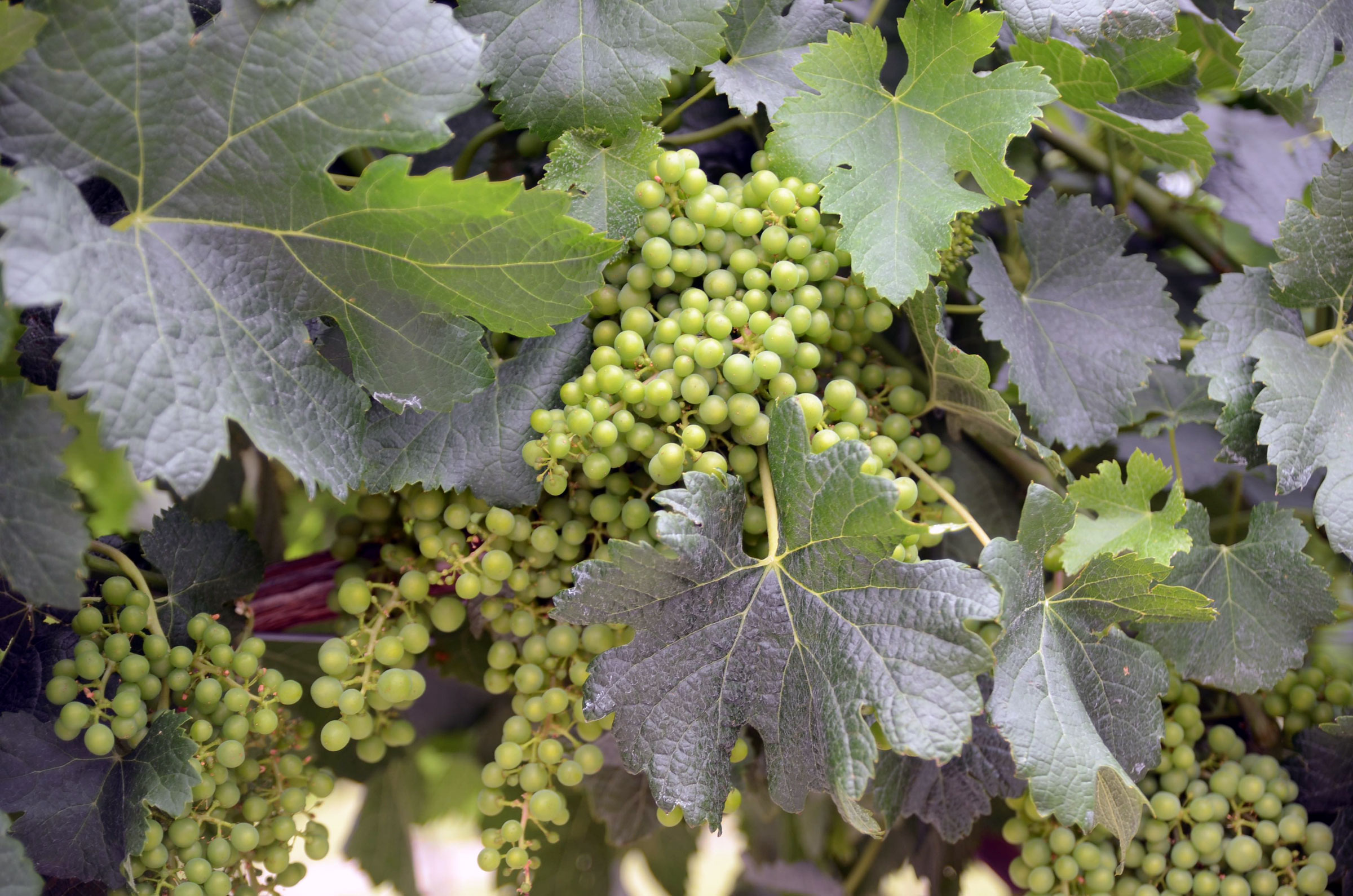 Like the Ribera del Duero and the Rioja, Navarra is home to a wealth of premium wineries including 4 of Spain’s 17 official Vinos de Pagos, or DO de Pago; Señorío de Otazu, Prado de Irache, Señorío de Arínzano, and La Finca Bolandín, which was added in 2014.  What is a DO de Pago, a Denominación de Origen?  It is the very top classification a winery estate in Spain can achieve, similar to France’s Gran Cru Classé.  These Pago wineries can only produce wines from grapes grown and aged on their own estate, and the estate must have an international reputation for producing wines of the very highest quality.

The wine growing region of Navarra covers more then 100 kms from Pamplona in the north to the Ebro River in the south, and enjoys the influence of the Atlantic, Continental and Mediterranean climates, and is comprised of five distinct wine growing regions: Baja Montaña, Valdizarbe, Tierra Estella, Ribera Alta and Ribera Baja in the Ebro River valley, which borders the Rioja Baja sub-region.  In the Valdizarbe wine growing sub-zone you’ll find Bodegas y Viñedos Nekeas, producer of Vega Sindoa, which led in the resurgence of Spanish wines under the direction of Concha Vecino, one of Spain’s leading women winemakers.

Although the best known wines of Navarra are the light, fruity rosados, the region also produces a selection of esteemed chardonnays and well regarded tintos from the tempranillo, merlot, garnacha tinta and cabernet sauvignon grapes.  Bodegas Otazu is the northernmost producer of fine red wines in Spain. 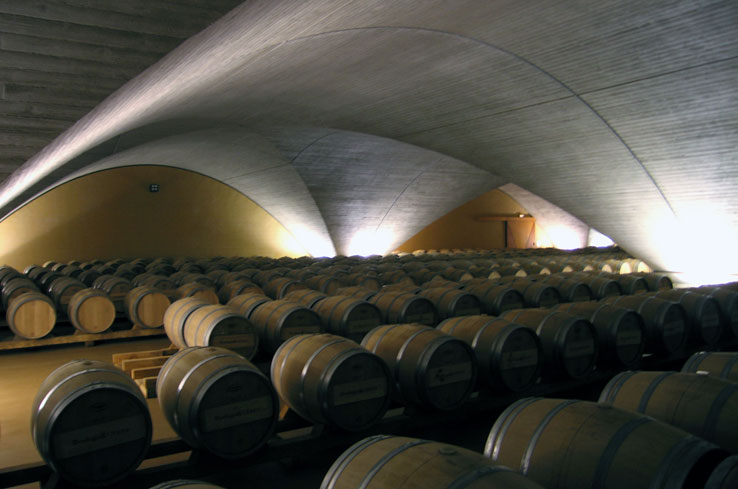 The Señorío de Otazu estate, located just outside of the village of Etxauri, 20 minutes drive southwest of the city, is the closest winery if arriving from San Sebastián-Donostia.  It’s slso one of our favorites, having been married in its beautiful 12th-century Romanist church, the Iglesia de San Estebán de Otazu.  Bodegas Pago de Larrainzar and Bodegas Irache are in the nearby village of Ayegui, while the former Chivite Family Estate of Bodegas Arínzano, who’s vineyards cover some 128 hectars, can be found a few mintues away to the east, just off the NA-132.  This makes for a couple of great days of wine touring and tasting, but would be much easier, and more relaxing, if staying in Pamplona.

Other wineries in the Valdizarbe wine growing region not to miss are Bodegas Orvalaiz in the village of Obanos, 20 minutes south of Pamplona on the A-12, on the road to the Logroño.  Bodegas Nekeas, is in the village of Añorbe, 10 minutes east of Obanos, off the NA-601, while the estate of Señorío de Sarría, whose Bodega de Sarria’s vineyards covers 100 hectares lies 10 minutes to the east, on the road from Puente La Reina, the medieval village 25 kilometers south of Pamplona, where the two main routes of the Pilgrim’s Way to Santiago converge.

Bodegas Tandem is a newer winery located 30 minutes south of Pamplona in Lácar, in the beautiful Yerri Valley, the fourth stage of the French Way, where summer nights are cooler than in the Rioja, allowing the grapes to ripen gradually.  Another new winery in the valley, one of the highest areas in Navarra, is Aroa Bodegas.  While in Lácar, you can have lunch at Bodegas Lezaun’s Asador, in the village.  Bodegas Castillo de Monjardín is in Villamayor, in the valley of San Esteban, the heart of the Tierra Estella region, about half way between Pamplona and Logroño on the A-12.  They produce an excellent barrel-fermented Chardonnay. 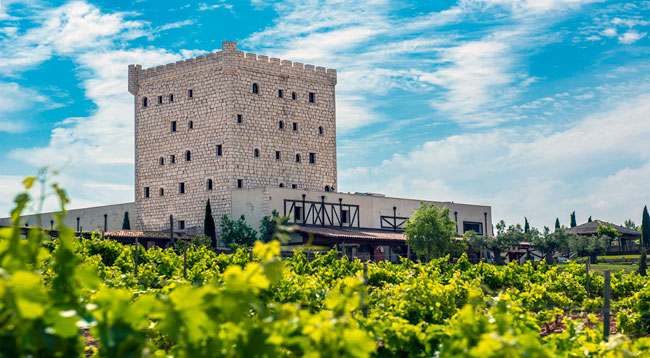 About another hour south of Olite you’ll discover the 220 hectar wine estate of Bodega Pago de Cirsus, La Finca Bolandín, near the village of Ablitas, in the Ribera Baja, just south of Tudela.  The 4-star Hotel-Chateau is only a stones throw from the Rioja Baja, and one of the southern most wineries in Navarra.

If you decide to spend a night or two, Pamplona has a good selection of hotels from which to choose, including the 5-star GH La Perla. The luxurious 5-star hotel AlmaPamplona, just northeast of the old quarter near the Rio Arga. There is also the 4-star Hotel Maisonnave, 3-star Hotel Europa, where you might run into the famous Basque chef Juan Miro Arzak during fiesta, and 1-star Castillo de Javier and the new 4-star Pompaelo Urban Spa in the old quarter, the 4-star Tres Reyes and 2-star Hotel Eslava located on the edge of the old quarter, the historic 3-star Hotel Yoldi, plus the Hotel Avenida, NH Pamplona Iruña Park and Blanca de Navarra in the city center.